How to Speak Up in Uncomfortable Situations

It can be difficult to do anything and we often go away and relive the moments in our heads, getting angry and upset instead of speaking up. It’s not easy but there are things we can do to help us confidently speak out against inequality or stand up for women’s and other minorities’ rights. 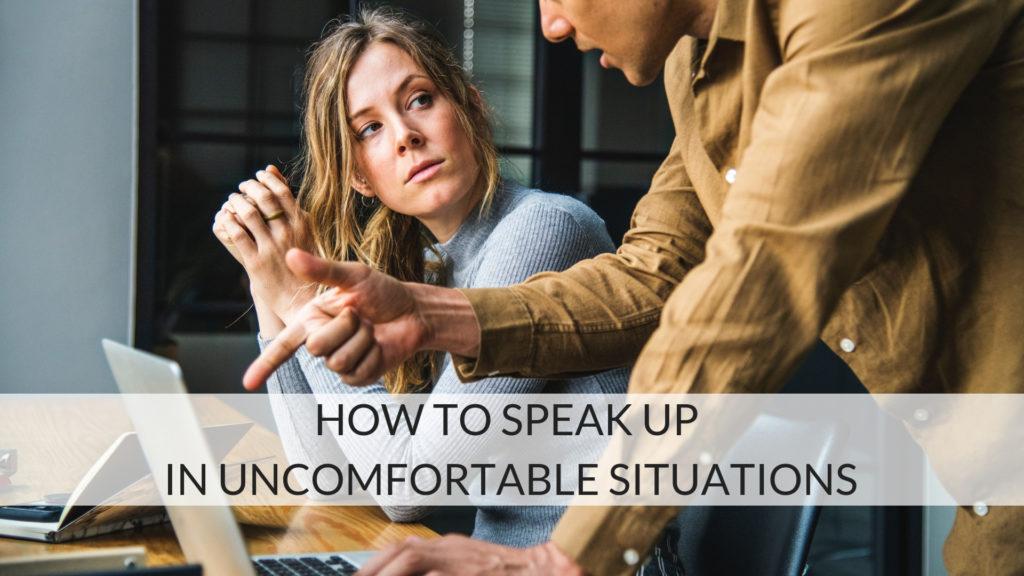 Show your support – even if it’s at a later point

In the middle of a big meeting or a conference and witness something you’re not ok with? If you can speak out there and then – Great! But a lot of the time, it can be extremely difficult as we’re afraid of the consequences. Or sometimes we take time to process things or we’re shocked that somebody else – perhaps somebody in a more powerful position than ourselves -has not said something.

This has happened to me a couple of times so I try to make sure that I reach out to the person who has been affected and show my support. If another woman speaks out, I do my best to back her up – particularly if I see men ignoring her ideas or trying to brush her off.

Whether you are the one being directly impacted or you witness someone else being disrespected, allies are important. You may find them within or outside your organisation or industry.

Sometimes we try to justify things because we don’t like the discomfort – we usually don’t want to believe that someone is behaving inappropriately and hope it was just a one-off or not that big a deal. Allies help remind us that we are not being unreasonable and that we’re not alone in our battle.

I’m a member of industry specific, female only online groups. Look on Facebook and forums and for local groups. Can’t find one? Start your own! There will be other people who feel the way you do!

Oh, and the inaccurate idea of an emotional/over reacting/unreasonable woman is something that frequently gets used against us to stop us from speaking out. Knowing that we have support and advice makes speaking out so much easier.

In many cultures and particularly as women, we’re taught to avoid conflict. Be polite. We’re also often taught growing up as women that we need to “take care” of others’ feelings. This is definitely a trap I’ve found myself falling into. I worry about people taking criticism negatively – not necessarily because I’m worried of what they’ll think of me, but because of how it will negatively impact their feelings. This is particularly the case with people I consider to be friends or “good” people who don’t mean any harm.

The thing we need to remember, is that even “nice” people can hold prejudiced views or behave in ways that are disrespectful. Whether it’s intentional or not, we shouldn’t let this behaviour slide.

If they deserve your respect, they’ll take feedback and constructive criticism, encourage discussion and try to make positive changes. It is not your job or responsibility to make the perpetrator feel better about their negative behaviour – it is their responsibility to listen.

As a British Indian woman, I’ve found that sometimes people will get upset and try to counter any issues I raise because they are offended by the idea that someone is even so much as hinting at them being racist. Well guess what, it’s not my responsibility to make them feel better when they’re in the wrong!

See what happens when you’re direct

Ok, so this one might depend on the cultural environment both in terms of country and more specifically the culture of the organisation or room you’re in.

It’s a tactic that I’ve become more interested in recently after taking part in some strange acting exercises where we were told that our responsibility was to be honest with our scene partners, not worry about their reaction or how they will receive our offers.

What happens if we’re just honest, direct and say what we’re thinking? “That’s not ok” or maybe “This is the third time you’ve interrupted me, I want to finish my point.”

I take the pressure off myself to be the one who has to relive the tension in the room and reflect it back to the person I have a problem with. I don’t make excuses for them or say things like “I’m sure you didn’t mean it that way but…” I don’t minimise what they’ve said or done.

Like I said, it’s not my responsibility to make others feel better about their negative behaviour whether they had bad intentions or not.

It’s can be a very powerful move because it puts the other person on the spot and now they can’t brush things under the carpet. You’ve said something and they have to face it head on and react. No more beating round the bush!

As I mentioned, there might be cultural differences at play here.

For example I’ve found that many Americans I’ve met tend to be more direct (while still being polite!) But I’m interested to know if this is still something that would be an effective strategy for American women.

In other cultures, or even in certain types of businesses or industries, there might no way of being this direct without it being considered extremely disrespectful regardless of your gender.

However, It’s definitely something I’m going to be trying out more.

Have you listened to our latest podcast episode? Our CEO – Mary Baird-Wilcock, CSEP talks to experts and helps you simplify in business and in life 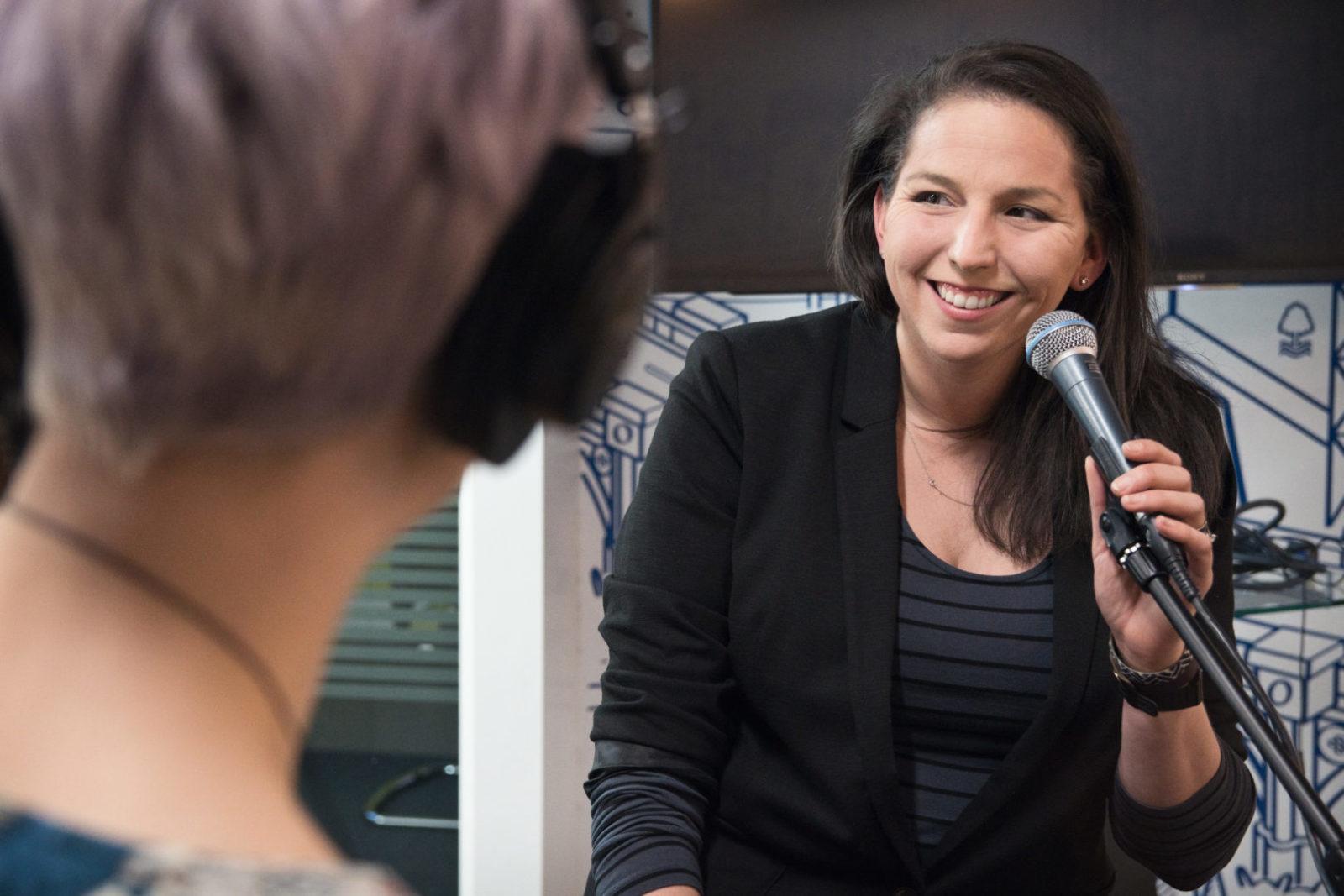 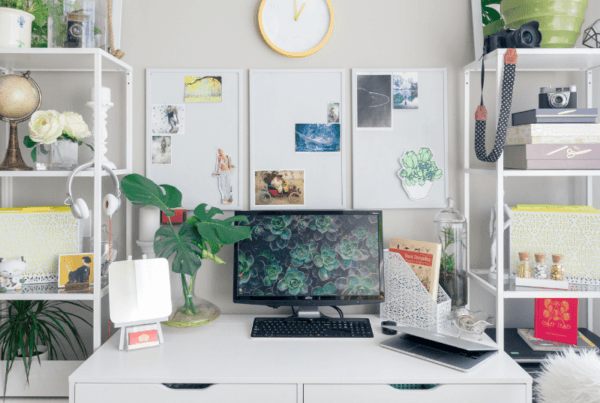 Is it time to declutter your desk? 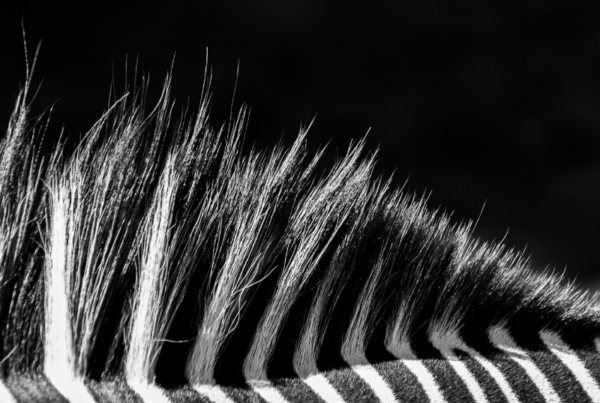 3 simple ways to stop comparing yourself to others 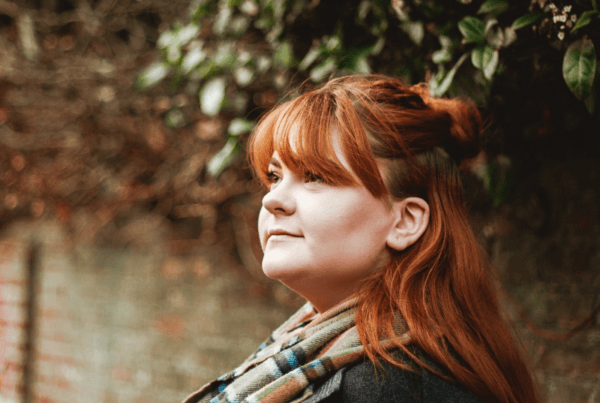 Why body positivity is so important when you’re self-employed