169: How to transform your organization’s brand – with Scott Miller

By MaryMay 11, 2021The Simplifiers Podcast
No Comments

It’s time to transform your organization’s brand, moving away from nonsense marketing to simple, clear brand messaging that helps people gain results. I mean, really… that’s why people buy your products and services, right? To get closer to what they really, truly want. But somehow, we tend to make a mess of it all and over complicate our marketing, don’t we??!

My special guest today is author Scott Miller and he’s simplifying how to transform your organization’s brand, especially if you feel like it’s a bit of a marketing mess. Scott’s 25-year career at FranklinCovey has taught him quite a bit, which he’s distilled down into 30 challenges that all organizations face, no matter if you are leading a startup, a lifestyle business, or a massively growing brand and trying to find your footing right now. We simplify it all, helping you figure out your very best brand strategy that drives sales, helps your customers, and maximizes your time with a solid plan in place.

My special guest today is Scott Miller and he’s simplifying how to transform your organization’s brand.

We tackle and simplify all aspects of it, including:

With a career pedigree like FranklinCovey, you’ll quickly see that Scott learned a thing or two about leadership, marketing, and management during his tenure there. And while some may believe this only applies to big corporate teams and multinational offices, I want to challenge that notion. In actuality, no matter the size of your brand and no matter the size of your team, (even if it’s just YOU!) the principles we discuss today can most certainly apply to your organization.

Your marketing strategic plan for this month, this quarter, this year… it’s worth taking the time to dust it off, review, refine… and simplify after listening to today’s conversation. I’m willing to bet if you hone in on the specific tips shared today, vow to stay focused and do less these next 30 days, and most importantly, track your progress, you’ll actually find that you accomplish more. This is the marketing breakthrough you’ve been waiting for. Let’s go!

Q: Are you ready to transform your organization’s brand? If yes, this one is for you. It’s time to #DoTheThing!

<What’s catching my eye this week>

How are you going to take what you’ve learned in today’s episode and transform your organization’s brand this week? What’s one thing you’ll do differently? Share it with me, privately or publicly. Snap a photo of you doing the thing, and tag @thesimplifiers on Instagram for added accountability and support!

Book: Marketing Mess to Brand Success: 30 Challenges to Transform Your Organization’s Brand (and Your Own) (Mess to Success) – Scott Miller

Book: This Is Marketing: You Can’t Be Seen Until You Learn to See – Seth Godin

Podcast: How to apply the 5 Love Languages in the workplace, featuring Dr. Paul White – The Simplifiers Podcast

Podcast: How to lead your team through big change, featuring Scott Miller – The Simplifiers Podcast

Podcast: How to squash your limiting self-beliefs – The Simplifiers Podcast

We’ve got a free resource we’d love to share with you! If you’re needing new ideas on how to hit this month’s revenue targets, download our free guide sharing “45 Ways to Make $2000 this Week.” Take the $2k sales challenge and jumpstart your sales!

Here are 45 simple ideas that will help you #DoTheThing and ask for the sale! 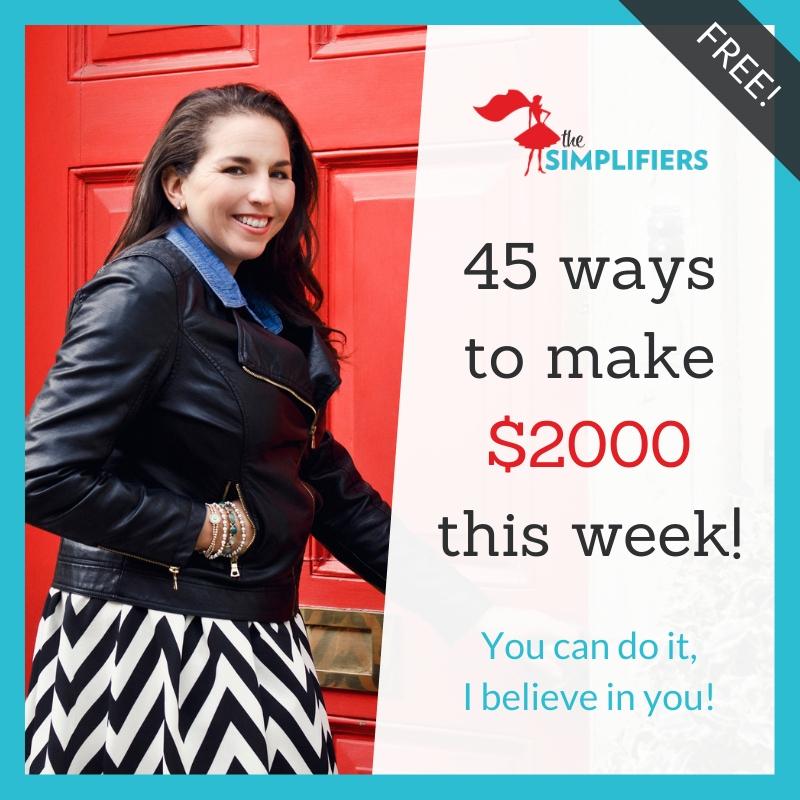 Scott Miller – He currently serves as FranklinCovey’s senior advisor on thought leadership, leading the strategy and development of the firm’s speaker’s bureau, as well as the publication of podcasts, webcasts, and bestselling books, rounding our his 25-year career formerly as their chief marketing officer and executive VP.

He hosts the FranklinCovey-sponsored On Leadership with Scott Miller, one of the world’s largest and fastest-growing leadership podcast, reaching more than six million people weekly.  And recently released his latest book, “Marketing Mess to Brand Success.”

Where Scott hangs out online:

Scott’s vote for the perfect guest on The Simplifiers Podcast:

Donald Miller – He is the CEO of StoryBrand and every year helps more than 3,000 business leaders clarify their brand message. Combined, Don’s books have spent more than a year on the New York Times Bestsellers list. His books include: Blue Like Jazz, A Million Miles in a Thousand Years, and Scary Close. He co-wrote the major motion picture “Blue Like Jazz” which debuted at the SXSW Film Festival and was listed as one of the top four movies to get you through freshman year by USA Today. He has served on The Presidential Task Force for Fatherhood and Healthy Families, a joint effort between government and the private sector to rewrite the story of fatherlessness in America.

He challenges brands to lean into their own story, creatively develop and execute the story of their team, and understand the story of their customers so they can serve them with passion. Don’s thoughts on storytelling have deeply influenced leaders and teams for Pantene, Ford/Lincoln, Zaxby’s, Chick-fil-A, Steelcase, Intel, Prime Lending and thousands more.

Nancy Duarte – She is an American writer, speaker, and CEO. Duarte is the author of several books, including slide:ology: The Art and Science of Creating Great Presentations (2008), and has been featured in Fortune, Time Magazine, Forbes, Fast Company, Wired, Wall Street Journal, New York Times, Cosmopolitan, LA Times, and on CNN.

She is the CEO of Duarte, Inc, the global leader behind some of the most influential visual messages in business and culture. As a persuasion expert, she cracked the code for effectively incorporating story patterns into business communications. 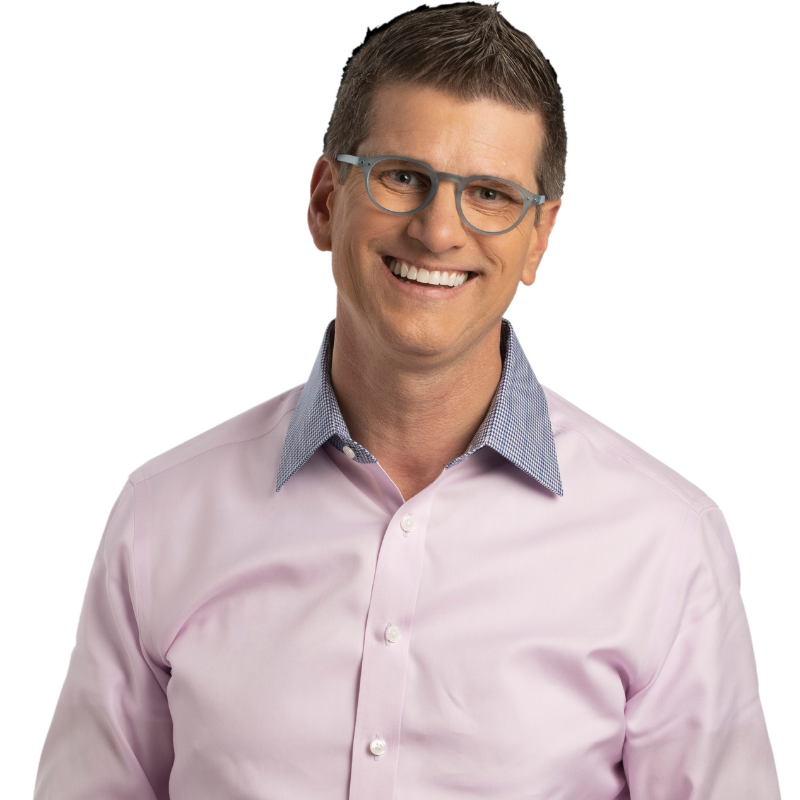 Watch the video version of the episode

Do you wish someone else would handle your company’s social media marketing, so you don’t have to continue to feed the never-ending machine? Delegate this to social media experts and superheroes: Goodboy Creative and simplify your life! 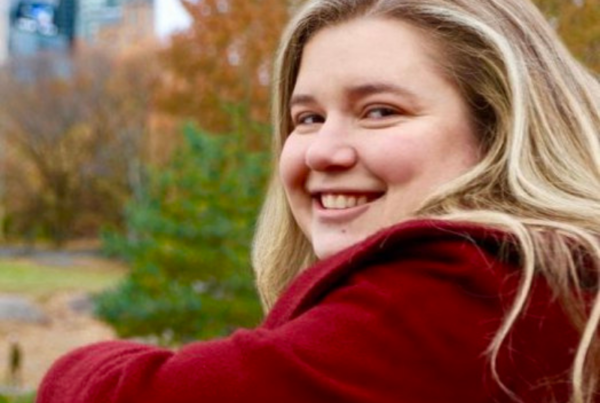 241: How to create more adventure in your life – with Bridget Scotti (PART TWO)

240: How to create more adventure in your life – with Bridget Scotti (PART ONE) 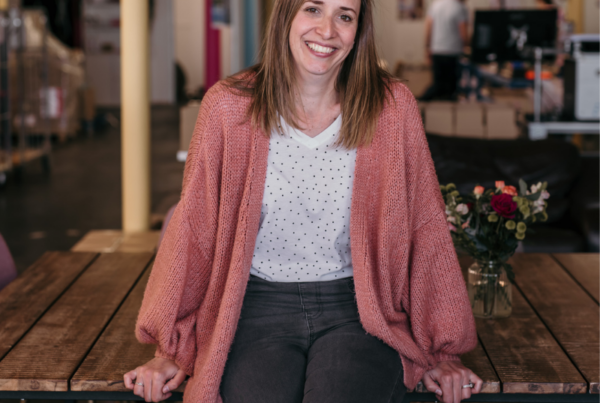 239: How to plan the perfect date night – with Kate Greenhalgh (PART TWO)